Most trials for opioid use in chronic non cancer pain were carried out from 1983 to 2012 and the majority were limited to 12 weeks duration. In clinical practice, patients commenced on opioid therapy may continue for many months and indeed many years. Hauser et al (2014) have suggested that long-term opioid therapy be defined as greater than 26 weeks duration, however, others have suggested greater than one year.

Over longer periods, a reduction in pain score may not be seen, and furthermore, the therapy may be detrimental to the overall functionality and quality of the patient’s life (Chou 2014). According to the American Society for Interventional Pain Physicians, deaths due to opioid use, and specifically deaths due to Heroin and synthetic opioids such as Fentanyl, are on a worrying increase. 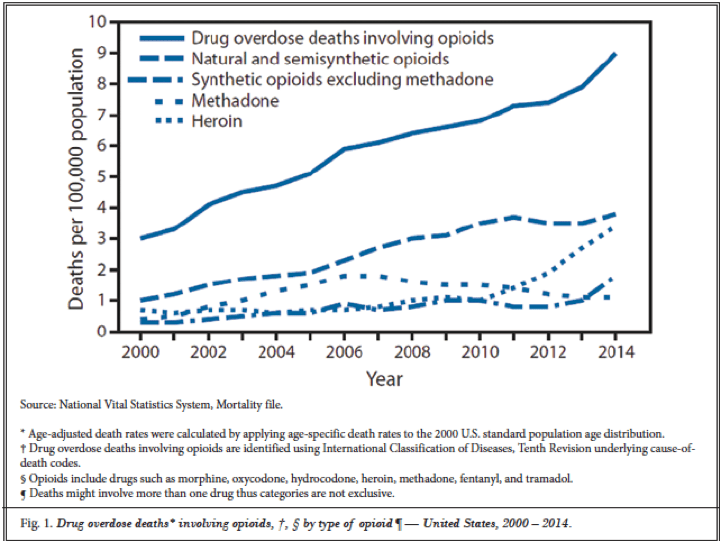 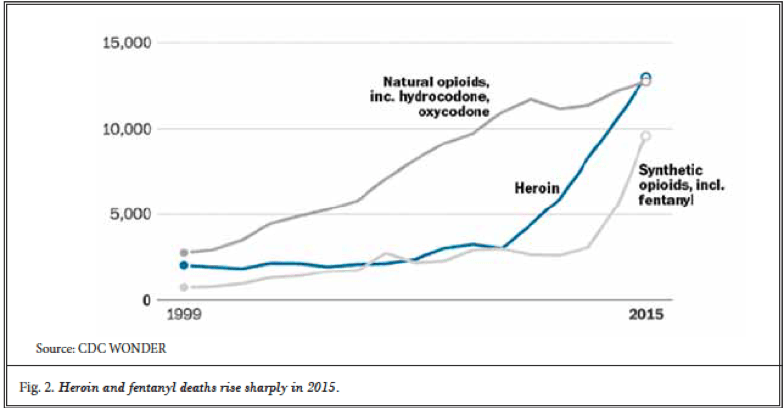 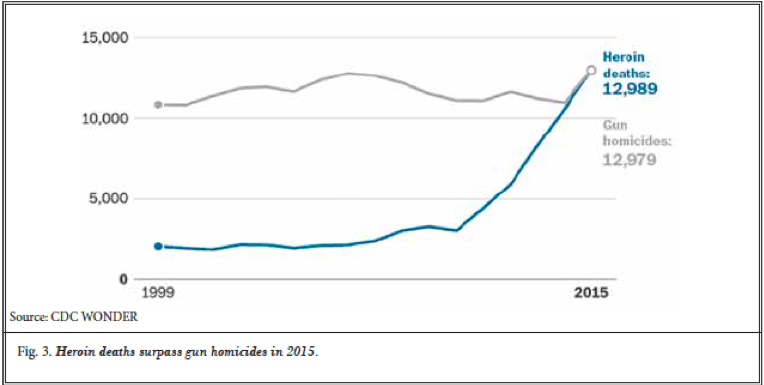 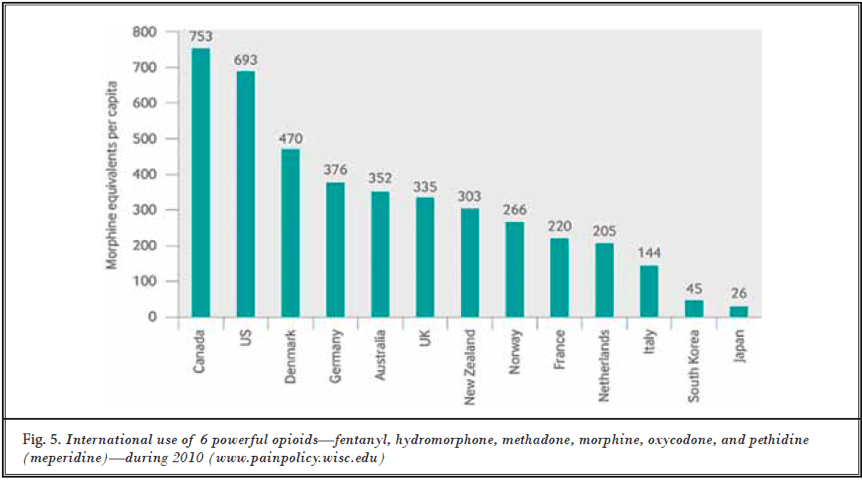 The USA, which has less than 5% of the world’s population, consumes greater than 80% of prescribed and illicit opioids. The South African Guideline indicates that conditions which may be treated with chronic opioid therapy includes non-cancer back pain (multilevel disease, degenerative disease, failed back surgery syndrome), rheumatoid arthritis, osteoarthritis and ankylosing spondylosis.

These indications apply to the use of strong opioids such as morphine. Fibromyalgia and ankylosing spondylosis can also be treated with tramadol. Opioids may also be used for the  treatment of chronic pancreatitis while chronic pelvic pain should not be treated with opioids.

Before initiating treatment with opioids for chronic non-cancer pain, clinicians should assess their patient’s risk of overdose and opioid-use disorder, including the potential for abuse and dependence. There should be a thorough discussion of the goals of therapy as well as the potential risks and benefits.  Assessment tools include the Opioid Risk tool (ORT), and the Screening and Opioid Assessment for Patients with Pain (SOAPP)

Risk factors for overdose include:

The 2017 Canadian Guideline for Opioids for Chronic Non-Cancer has suggested that the evidence for the use of Risk Mitigation Strategies such as urine drug testing, treatment agreements, tamper-resistant formulations and, co-prescribing with Naloxone, is low. Nevertheless they have stratified risk as follows:

Low risk – There is no personal or family history of alcohol or substance abuse, no psychiatric disorders, and/or those patients who are low-risk-based for opioid misuse, based on ongoing screening where no abuse is found.

Moderate risk – People who have some risk factors for opioid misuse, such as a family history of substance misuse or a history of a psychiatric disorder. In these cases, more controls need to be incorporated into the prescribing and monitoring approach and the patient may benefit from consultation with the appropriate specialist support.

High risk – These patients should avoid opioid use. These are patients with a personal history of substance abuse or significant underlying psychiatric disorders. If opioid therapy is appropriate for these patients, they should be monitored carefully and referred to a specialist.

Constipation, nausea, vomiting, sedation, impaired psychomotor function, and urinary retention are common adverse effects experienced by opioid users. Long-term opioid use can lead to hypogonadism, immune-suppression and risk of myocardial infarction. The cognitive effects of opioids may impair a patient’s ability to drive as well as develop sleep-disordered breathing.

The long-term use (three months) of opioid analgesic to treat chronic non-cancer pain is controversial in numerous countries because of the discrepancy between clinical practice and the extant evidence base. Opioid analgesics are an option for the short-term pharmacotherapy (4-12 weeks) of chronic pain for to osteoarthritis, diabetic polyneuropathy, postherpetic neuralgia and for chronic low back pain.

Long-term opioid treatment (> 26 weeks) for these conditions is of benefit to about 25% of patients. For other conditions, either short- or long-term treatment with opioid analgesics should be considered as an individual therapeutic trial.

Contraindications to opioid treatment for chronic pain include primary headaches, functional pain syndromes and mental health diseases. To minimize the risks of opioid analgesics treatment, physicians must be aware of its contraindications and must regularly reassess its efficacy and adverse effects.

There is still insufficient scientific evidence of the effectiveness and possible harm caused by long-term therapy for periods of greater than a year. There is evidence to suggest that long term use, especially at higher doses, places patients at risk of dependence and opioid abuse (Kissen et al 2013).

This may take a second or two.